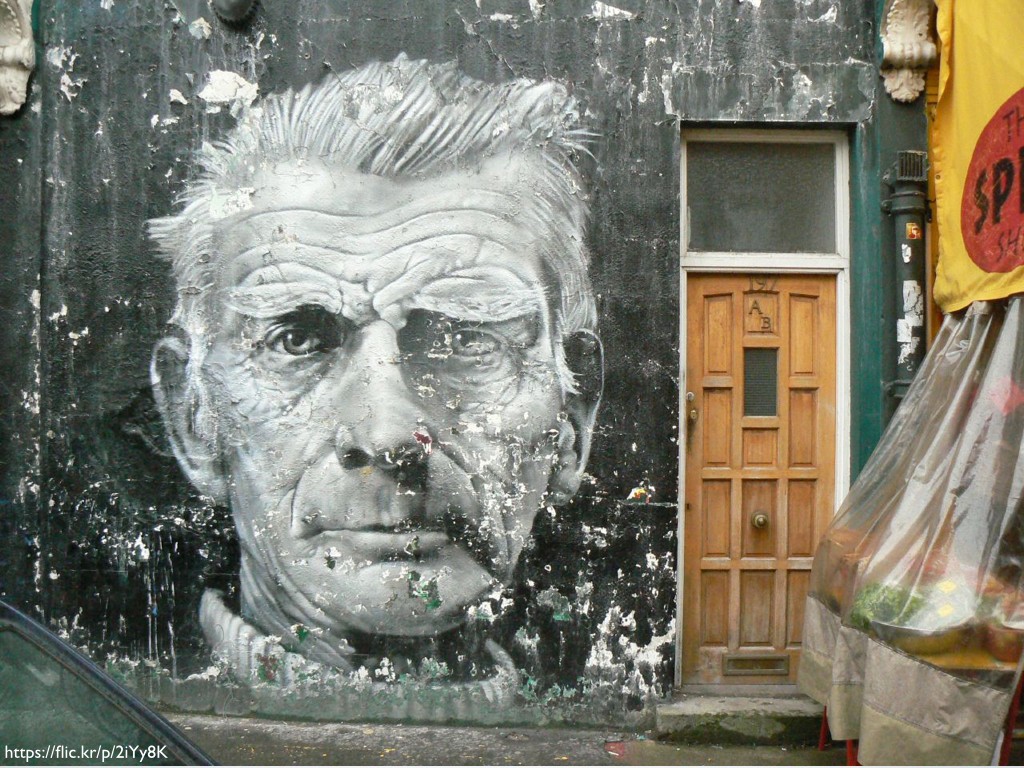 A Cycle of Eternal Return

Like the veil of things as they seem drawn back by an unseen hand, for a second you see, and seeing the secret, are the secret. For a second there is meaning. Then the hand lets the veil fall and you are alone, lost in the fog again, and you stumble towards nowhere for no good reason.

I read aloud the first two sentences of Beckett’s short fiction Ping for my roommate. He runs from the room, “God, I hate that. You’ve ruined my day.”
I must admit that upon first reading Ping, my initial reaction was a desire to run from the thing. Disguised in the form of prose lies the fear that poetry thrives upon. What is the narrative? What is this thing, this Ping, about? What does this mean? I don’t get it. Such anxiety. I stuck with the piece. Read it through. Accepting that I would experience the same anxiety, I read it a second time, and then again, and again.

Curious that, as I read, what comes to the surface of my perception is an almost instinctual desire to find a narrative, discern an overarching meaning, or, akin to that, graph a sense of its organization. Curious my anxiety when my thinking begins to grasp onto a narrative, or create a meaning, and the language frustrates that effort. The twists and turns in Beckett’s language fall into a pattern, but then subtly change Ping fall out of that pattern, and I am left hanging in some unend. To come so close to “All known all white” and only to finish not known. Curious how, as I step into my anxiety, the anxiety caused by an inability to grasp a coherent meaning and organization, I become aware that the words, and the groupings of words, draw forth images that return me to the search, leading me, yet again, down a path where I hope to catch meaning. But Ping. As I approach, Ping, meaning vanishes, unover.

What is it that Beckett does here? 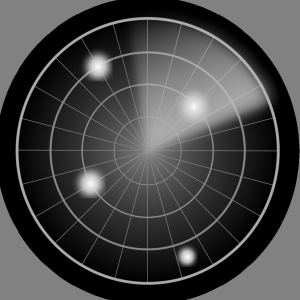 Ping. Say it out loud: Ping. The word seems gone before you’ve said it, but in consciously knowing that it’s gone, it becomes more prominent in your consciousness than when you spoke it. It is the elusive blip on a radar screen that can only tell you a thing’s previous location. It is unover, existing in the gray zone of uncertainties and probabilities, where Shrödinger’s Cat is simultaneously alive and dead, here and yet not here. What is it you hear when you say Ping? Do you hear possibly something high pitched or something low pitched? Or is it a subtle blending of both? The “p” whispers on your lips and then is consumed into the “i” that resonates deep in the cavity of your stomach where it lingers for a moment only to be pulled back, full circle, rising to the sharpness of the “n” on the back of your tongue, gathering force and releasing into a passing silence, pushed there by the subtle nudging of the hard “g”, which, after its work, we always ingest. Inevitably, we swallow Ping, and yet it also leaves us, and if we pay attention to the word’s effect on our body, we are a little bit more aware of the depth of our solitude. Ping once was ours, briefly, or, more specific,

“Murmur only just almost never one second perhaps not alone.”

Why not Pi instead of Ping? Pi is shorter, but not consumed. It’s never a part of us, except on our lips and briefly in our chest, and then gone. Say it out loud: Pi. It’s never really ours, only a slight intake of air and then air.

Why not Pink? Say it: Pink. It doesn’t leave us, we consume it whole and lock it away inside us with the turn of the “k.” It lingers, yes, but only visually. We can see pink.

Ping wins out. It’s invisible. Maybe we see it as green, like the radar blip, but only for a moment, until it’s consumed back into the darkness.

It must be Ping. There but gone, ours but not. Fleeting, like meaning.

Give me the white page of your mind, says Beckett.

We grasp upon an image. The beginnings of a grouping, perhaps narrative will follow.

Someone bound? Us? Are we, perhaps bound, perhaps mummified?

It is hot, light, a white floor, three feet by three, but never seen. We are on the floor then, and our head, is it turned to the side so that we cannot see the floor, nor a ceiling, but:

“Bare white body fixed only the eyes only just.”

Yes, we are, our bare white body is fixed, only the eyes can, what? Move? See? Yes, but only just. And we see:

And our hands? Our feet? Where are they, what position are they in?

So we are bound, our hands palm front, like Jesus on the Cross, but our feet at right angles, like Chaplin’s tramp.

So in summary, here is what this means:

Meaning is gone. Is it there or not, fixed there or elsewhere? The thread of narrative created by the images disappears. The narrative we’ve only begun to grasp has suddenly changed because of the subtle shift created by Ping tucked in between the repetition of the word “fixed.” The narrative’s fate sealed by the addition of “elsewhere, it is fixed elsewhere, preceded by “Ping,” the tiny, interrupting word that embodies fleetingness of meaning. We’re left contemplating, in deep solitude, the meaninglessness of existence.

Such insult. Anxiety arises. We say, I must understand, and begin our search for meaning again:

And so we go on. Over and over we search for narrative, for meaning, grasping at images which we hope are narrative threads but that lead only to ping fixed elsewhere, ping murmur, ping elsewhere, ping perhaps, ping a nature, ping of old, something we’re unable to grasp, until inevitably, at Ping’s end, and when we die, we find “ping silence ping over.”

Take away the narrative, and, you argue, we might be in the realm of the poets. But no. This is Beckett writing fiction. Fiction with narrative and character removed. Oh, there is a character, a body, a bare white body encased in a white on white room, but we can’t be sure that this body is meant to represent a person. Perhaps it is simply a body, a body of something, unable to move, with eyes only just. Perhaps it is us, or something about us. Ping. Words, and repetition of those words, combined with subtle shifts in those repetitions, like poetry, create images and convey mood, all of which lead us down paths of possible meaning. But before we grasp onto meaning, before we can grasp a narrative, the language and the repetition change. Narrative threads break, meaning is lost. What transpires for the reader, then, is a cycle of eternal return: a conscious recognition of our innate and unending search for meaning and our inevitable confrontation with meaning’s intangibility. Here then, in Ping, is proof that our need for narrative is hard coded into our brains.

We think we hold meaning in our grasp and then Ping. Fixed elsewhere.